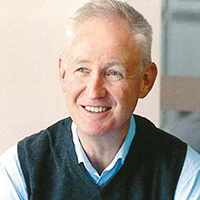 Throughout his career Graeme Scott has acted with admirable integrity as he committed his talents and skills to the service of his clients, his profession and his community. A leader of ASC Architects, a major and much-awarded architectural practice, for 35 years, he has also volunteered his expertise, and donated enormous time and energy, to numerous campaigns and initiatives dedicated to the advancement of his profession, the protection of the civic realm and the improvement of Auckland’s urban environment.

Graeme’s strong collegial sensibility is evidenced by his contribution to the New Zealand Institute of Architects (NZIA) – he has convened the National Awards jury and served as a Councillor and NZIA Honorary Secretary – and by his receipt of four NZIA President’s Awards. He has demonstrated impressive fortitude and tenacity in his advocacy work, over a period of two decades, for the NZIA Auckland Branch’s Urban Issues Group and for the Urban Design Forum. Graeme took a leading role in producing the well-researched Auckland Unitary Plan submission presented by the NZIA and the Urban Design Forum and has served on Auckland Urban Design Panels and the Design Review Panel for Hobsonville Point.

In sum, Graeme exemplifies the best qualities of an architect, and is an inspiring model of architectural engagement. 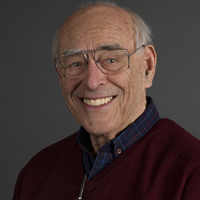 John Sutherland has had an extraordinarily wide-ranging and accomplished architectural career.

Over the course of 60 years in the profession, John has contributed his leadership, knowledge and expertise to architectural and engineering practices, industry groups and government agencies, academic institutions and his own professional body, the New Zealand Institute of Architects (NZIA).

As a director of JASMaD for 25 years, and later as a senior member of Jasmax, John was closely involved in the evolution of New Zealand’s largest architectural firm, and through his career-long research and publishing endeavours, which have permeated the wider industry, he has significantly advanced the understanding of material specification and building performance.

Alongside his commitment to practice and industry, John has pursued a strong interest in teaching, first at the University of Auckland and then as the founding Head of the Unitec School of Architecture. In his academic positions, as in his professional roles, John was instrumental in forging beneficial connections with international peer organisations. John has played a very active role in the NZIA, serving as chair of the Auckland Branch, a Councillor for 18 years, and as Institute President (1983–85). He has made an enormous contribution to New Zealand architecture. 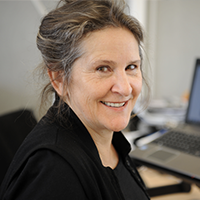 Over the course of an architectural career which began in the late 1980s, Anne Salmond has demonstrated exemplary dedication to her practice and a profound concern for the contexts in which it has developed. She is a model of professional engagement, an empathetic designer who has consistently exhibited leadership in her field and an enduring willingness to tackle challenging architectural issues.

Anne was a founding member of the significant Wellington practice architecture+ before establishing her own practice in Central Otago, and it is testament to her drive and determination that she has proven that high quality design can be produced outside metropolitan centres.

Anne has always been generous in her contribution to her profession, the wider industry and her community. A broad perspective on her craft was encouraged by graduate study in landscape architecture at Cornell University, and her collegial spirit is evidenced by her contributions to the NZIA Council and NZIA Awards juries and in her 15-year service as an assessor for the New Zealand Registered Architects Board. Anne has been a mentor to young architects and graduates, and her long-standing advocacy for equality in the profession has found further expression in her support for the organisation Architecture+Women.

Throughout her career, Anne has championed industry causes of urgent importance, such as sustainable design and innovative and economic building methodologies, including pre-fabricated and modular construction. Anne also took an early interest in the area of post-occupancy evaluation of architectural projects, an interest at one with her whole-of-life approach to building design. Anne has dedicated enormous effort to these demanding and often under-valued aspects of practice, and she has done so with the skill, determination and grace that has characterised her career. 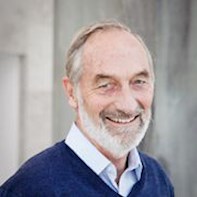 If you know where to look you can see Brian Aitken’s influence on many parts of Auckland’s skyline, from the Auckland War Memorial Museum in the Domain right down to the bottom of the city, where Auckland’s tall buildings – Vero, Metropolis, the old ASB tower – are clustered. Few architects, if any in New Zealand, know buildings – and especially tall buildings – as well as Brian does.

In his 40-plus years in architecture, Brian has amassed an unrivalled knowledge of building technology, detailing and design, as well as building code requirements and industry standards. His role in creating major buildings in Auckland and Wellington ­has been recognised with numerous industry awards – and the tally continues to grow, as buildings such as the bronze-glass landmark at 151 Queen Street, once the Fay Richwhite Building, continue to accumulate awards long after their completion.

Brian’s architectural journey began at the University of Auckland in 1967. Upon graduation, he moved to London, joining Fitzroy Robinson and Partners before being awarded a Hawkins Scholarship, which saw him move to New York to complete a Masters degree at Columbia University in 1970. On his return to New Zealand, Brian joined Peddle Thorp Architects, becoming an associate in 1973 and a partner in 1978, with the practice duly changing its name to Peddle Thorp & Aitken. In his time with the practice, the studio has grown from fewer than 10 staff to more than 40.

Alongside his achievements at Peddle Thorp, Brian has invested his time, knowledge and energy into developing the skills of others in the profession and seeking ways to improve the quality of the urban environment. He has been an examiner for the Architects Education and Registration Board, an Architectural Representative on the Working Party for the original CIC Guidelines, a Trustee Advisor to Unitec School of Architecture, a Member and Chair on Auckland Council’s Urban Design Panel and a Panel Member of the Department of Building & Housing Weathertightness Building Sector Reference Group. Many architects in Auckland have cause to be grateful for Brian’s discrete and judicious advice.

No matter what the endeavour he has undertaken, Brian’s humble conduct, courteous manner and keen intelligence have set him apart. He is an exceptional ambassador for the architectural profession and a worthy recipient of this Distinguished Fellow Award. 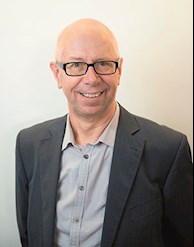 The possibilities of architecture struck Richard Harris at an early age. He recalls drawing at kindergarten a “well-proportioned two-storey house with a surprisingly complex roof”, and at primary school he would win a watercolour competition for a rendering of Edinburgh Castle. By his own admission, he continued to make structures out of painted timber blocks long after other kids had consigned them to the attic.

Richard’s more formal architectural training took place at the University of Auckland. After graduation, he worked for a developer before leaving New Zealand to backpack through South America and Europe. On his return, he took a job as an architect at Auckland Council in a period he has described as an optimistic time for the city, and it was then that he developed the love for public projects that would define his career.

Richard was project architect on the first redevelopment of Auckland Art Gallery, then the largest project in town, and other civic work followed, as did a commensurate amount of awards. After setting up in partnership as Gibbs Harris, Richard won a competition to design Auckland’s Maritime Museum. Soon his busy practice, along with Bossley Cheshire Architects, would be approached by Jasmad who proposed the merger which led to the formation of Jasmax.

At Jasmax, Richard played an important role on large and complex projects: the redevelopment of Auckland’s Civic Theatre and Auckland Hospital buildings; the restoration of Auckland Town Hall and the redevelopment of Eden Park; and the design of new buildings on the University of Auckland and AUT University campuses. An especially important project was the Sir Paul Reeves Building at AUT University, a stellar piece of work that illustrates Richard’s ability to focus on the needs of people within a bigger picture.

Richard has reached the highest levels of professional architectural practice. He has served as a president of the Institute, and in that role led a significant reappraisal of the development of New Zealand’s cities and urban spaces. Richard has natural leadership abilities, a genuine interest in nurturing talent and a passion for and ease with people. These qualities have helped shaped Jasmax into the successful firm that it is today, and nurtured the culture of diversity and openness that characterises New Zealand’s largest practice. 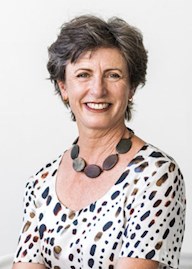 Julie Stout is an exceptionally accomplished architect and a most engaging and valued member of New Zealand’s architectural community. After forming Mitchell & Stout Architects with David Mitchell in 1989, Julie has worked on projects ranging from the very large-scale – the form and composition of city blocks – through community and arts buildings to private homes. Across four decades of practice, Mitchell & Stout has won most of New Zealand’s major architectural awards, including, in 1995, the Institute’s Supreme Award for Auckland’s NEW Gallery, a piece of work described as “swoon inducing” by the art critic of The Listener: “With architects like this, who needs artists?”

Other New Zealand Architecture awards with an artistic theme would follow. A New Zealand Architecture Award was received in 2009 for Tauranga Art Gallery and another in 2015 for Te Uru Waitakere Contemporary Art Gallery. There have been two Home of the Year awards, for houses in the King Country and on Waiheke Island. Julie also had the rare privilege of representing New Zealand at the Venice Architecture Biennale as part of the creative team that took ‘Last, Loneliest, Loveliest’ to the 2014 Biennale. In the same year, Architecture+Women New Zealand gave Julie its highest honour, the Chrystall Excellence Award, in acknowledgement of the excellence of her work and her leadership capabilities, status as a role model, and contribution to both the architectural and urban design professions and the wider community.

In addition to her many design accomplishments, Julie has earned a public reputation as a most effective advocate for heritage preservation and the quality of the urban realm in Auckland.

Through her role as an architect, the many hours devoted to Institute and other organisational committees, and her civic activism, Julie has developed hard-won knowledge of the rules which bind local bureaucrats. As chair from 2002-2004 of Auckland Branch’s Urban Issues Group, she took a leading role in lobbying Auckland Council to promote and plan a better built environment for the city, and in 2005 she was appointed to the Auckland Mayor’s Urban Task Force on Urban Planning.

Perhaps the greatest example of Julie’s determined resistance to ill-considered and undemocratic planning and development initiatives occurred in 2015. As president of Urban Auckland, an organisation with an impressive record of successful civic campaigns, Julie led her colleagues to instigate a judicial review that rebuffed Ports of Auckland’s intended expansion into Waitemata Harbour.

Julie has served as a design tutor at The University of Auckland School of Architecture and Planning and as an Adjunct Professor at Unitec Institute of Technology. Through her practice work and her civic-mindedness, Julie is an inspiration to the entire profession.