Ian Athfield, at home in Khandallah, 2001

Ian Athfield is the 2004 recipient of the NZIA Gold Medal, the highest honour bestowed by the New Zealand Institute of Architects for an outstanding contribution to the practice of architecture, demonstrated through the production of a consistently high-quality body of work over a period of time.

Ian Athfield is a huge personality in New Zealand architecture. Throughout his highly productive career, which now spans four decades, he has generated work that is accomplished and often provocative. He has had a profound influence on the built environment of this country, especially in Wellington. More than that, he has been instrumental in raising public awareness and public expectations of the work of architects and the possibilities of architecture.

Athfield grew up in Christchurch, a city with a strong architectural tradition characterised by coherence rather than diversity.

Though he was hardly in the mainstream of that lineage it is significant that Athfield has been able to maintain links to Christchurch; Jade Stadium (Supreme New Zealand Award, 2003), for example, marked a triumphant return to his native city.

As a student at the Architecture School at Auckland University, Athfield was immediately noticeable. An enterprising proponent of unusual schemes, already it was apparent he would go his own way, and his career has continued to follow a singular, though never a straight-and-narrow path. Initially, he designed buildings that, in the manner of Christchurch and the South Island, were quite conservative. It was when he came to design his own house above Wellington harbour that another Athfield was revealed.

The house is fundamentally important to Athfield’s life and work. The tumbling white palace is, in New Zealand, a unique achievement: part family house; part office; almost a village. It is Athfield’s continuing autobiography, a very-public diary that records an individual, idiosyncratic architectural journey. The house exemplifies Athfield’s partiality for designing in an expressive mode; in architecture, no less than in person, Athfield is a wonderful performer. He has always been conscious, and unafraid, of a public audience.

From the start, the house was a successful advertisement for himself, and for the figure of the Architect in a city where people have a close interest in architecture.

Athfield’s architecture is stimulating, challenging, ever-changing, but never careless. The architecture, like the man, evades typecasting. Since he established his own practice in 1968 he has always been prepared to experiment; he has embraced all sorts of architectural manners. This eclecticism, like the hirsute appearance of his earlier days, masks a formidable sense of purpose. Institutional clients have always appreciated that he produces results. From public projects, such as Wellington’s Public Library and Civic Square and the Nelson Polytechnic Library, to commercial buildings, such as the Hewlett-Packard Building and Telecom House, to private residences such as the Buck and Custance Houses, he has exhibited mastery on all the fronts on which New Zealand architects operate.

What defines Athfield above all is his contagious enthusiasm, his devotion to architecture, and his unswerving belief in its possibilities. Believing architecture to be a civilising force, he has demonstrated a strong commitment to architecture’s public realm: the streets we live in; the urban centres we inhabit; the countryside we love and so often abuse. Athfield has stepped into areas which New Zealand architects have not previously occupied. For him, urban design is not primarily a site for architectural performance, but a social ground.

It is impossible to separate Athfield and his vocation. He is complex, socially oriented, and thoroughly engaging. In numerous projects he has drawn on his ample reserves of confidence – Wellington’s First Church of Christ Scientist, for example, is testament to his audacity. He possesses in abundance that rarest of human qualities: the ability to inspire courage in others.

Athfield’s contribution to architecture and to his society has received widespread recognition. His practice has gained more than 60 design awards, including 13 NZIA National (now Supreme New Zealand) Awards, and his work has been published extensively, both in New Zealand and abroad. Athfield has served on NZIA National juries, and has delivered keynote addresses at several international architectural conferences. He continues to take a leading role on urban design groups throughout New Zealand. In 1986, he was appointed inaugural Professorial Teaching Fellow at Victoria University’s School of Architecture, where he has been a tutor and critic; in 2000, Victoria University awarded him an Honorary Doctorate in Literature. The University of Auckland named Athfield as an Alumni Fellow in 1997. In 1996 the New Zealand Government made him a Companion to the New Zealand Order of Merit. ‘Ath’ on the roof, Khandallah, Wellington 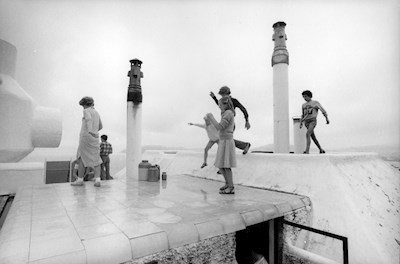 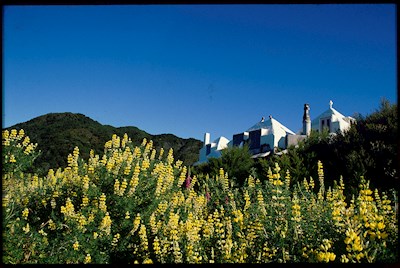 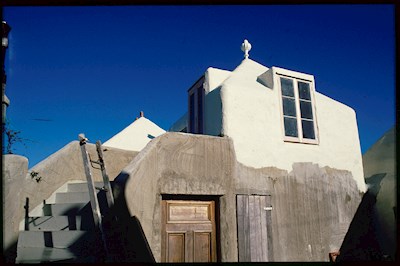 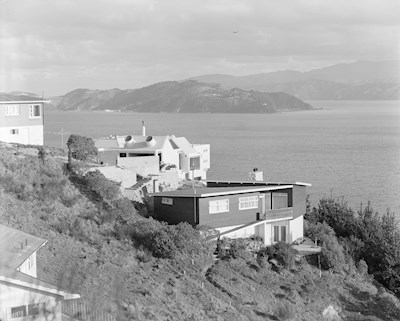 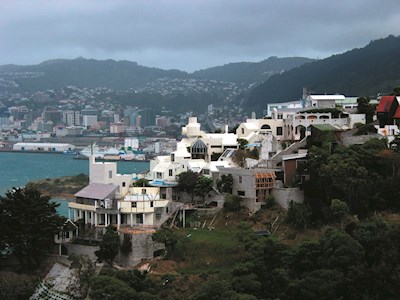 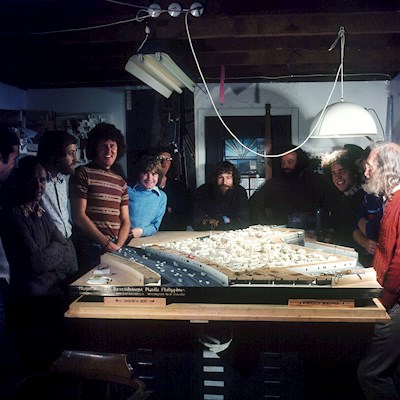 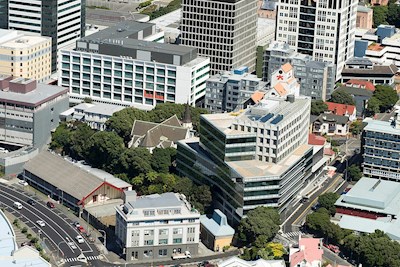 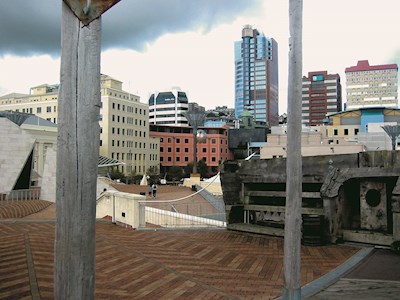 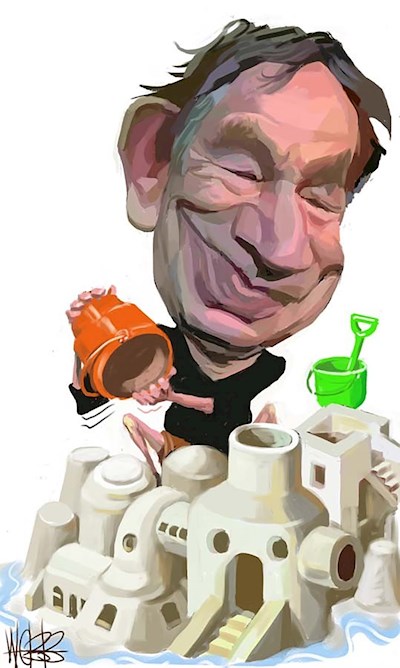 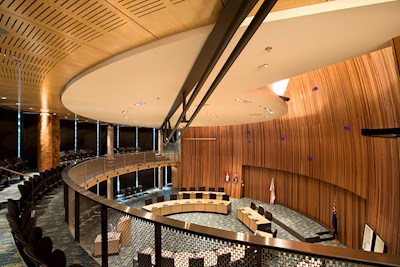