It would be a mistake, upon meeting Stuart Gardyne, to assume his architecture is as quiet and reserved as he is. It is a mistake that has been made many times and, in all probability, will continue to be. Gardyne freely admits to being a shy person, not one of those with excesses of bravado or charisma. Where, in other architects, this might be a weakness, he turns it to a strength. An ever-perceptive observer he prefers to sit back and take in what others are saying; after, he will translate what he has heard into the design.

From time to time he fears being misread, but this is who he is, how he operates. He’s not going to change now, and nor should he.

This seeming reticence – even the Architecture+ office is set well back from the street – works for him. Proof positive that loud shirts, bow ties and big talk do not an architect make.

Stuart Gardyne openly acknowledges that he vacillates between self-belief and self-doubt and is perhaps too self-conscious about how this comes across. You wouldn’t know it to see his drawings. His freehand plans and sections, his site analyses, belie this reserve and demonstrate a confidence of ideas and ability. These drawings – this kind of drawing – risk becoming a lost art with the strident advance of computer drawing, rendering and modelling. Which is not to suggest that Gardyne or his practice eschew technology; they embrace and exploit it.

But the early stages of a project are at the hand of Gardyne’s pencil. Here is the elimination of doubt; here is where he discovers that elusive self-belief. For him, an idea begins with a sketch, usually of a plan. Sections come later. There is a lot of thinking and daydreaming, both of which take time. He relishes this time with his ideas; slowness can be an unbelievable luxury. These initial sketches become the genesis for discussion. Key to his work is the collaboration with others where a small sketch or diagram might spark a response that takes the project further. Gardyne is adamant that design needs talk; this from a quiet man.

Given his character, his nature, perhaps he is ideally suited to Wellington where the practice of architecture is sophisticated in its moderation, not always visible and occasionally almost furtive. Wellington lacks the sprawl, the spread, the climate, the very heat of Auckland and it affects deeply the way they design and the way they build there. Brash in Auckland is how you get out of bed in the morning; in Wellington he was a politician. For this is a political city, in many senses of the word. Politics drives the economy and the civil service fills the tank. Public commissions abound but they are hard won and often quietly so. Navigating this territory is a subtle game and Stuart Gardyne one of the better players.

His first significant public commission, the City Gallery, launched his practice and effectively his career. His design was both rigorous and deft, working with ideas of the free plan while still managing to honour the historic origins of the Public Library. That twenty years on, in the face of huge shifts in gallery architecture, it is still a powerful work of architecture is testament to Gardyne’s foresight and sensibilities. His more recent addition, while an adventure in tectonics, sits easily and happily alongside his earlier work.

His early years working at Structon instilled in him a reverence for the grid which aligned with his need for order. He admits he’d be totally lost without a grid, which is often a necessary anchor but becomes a point of departure. In his Ponatahi house in the Wairarapa, he referenced the Barcelona Pavilion in a project that is disciplined almost to the point of obsession in its delivery. At its core is a two-storey block, the upper of which floats on ubiquitous round columns. This is the heart of the house from whence the plan explodes in four directions. Walls and other elements slide out like armatures creating numerous external courtyards and exterior spaces. These are a mix of public and private: the entry court to the south, the swimming pool to the north. Apart from a whimsical Corbusien nod in the master suite, the planning is entirely orthogonal. While this process might seem prosaic and methodical it is far from this. Meticulous, ordered, yes, but this is effortless mastery of space at a significant scale for a domestic project. Walls align where they should or subtly slip past each other where they can, affording an elegant manipulation of space.

For, ultimately, Gardyne is as interested in the inhabitation of spaces as he is in the design strategy that generates them.

Here at Ponatahi there are many varied interior spaces each with their own character and their own relationship with an exterior space. While a reading of the full exploded view of the plan would require a helicopter, the house is eminently readable at ground level as a succession of related but individual spaces. It is doubly readable with Catherine Griffith’s typographic treatment of a poem by Jenny Bornholdt etched in glass on the upper storey.

At a different scale but no less rigorous is the cabin Gardyne has designed in Morrison’s Bush. Here a simple linear plan has a series of living spaces floating on timber while alongside a narrower group of service rooms are locked down on a concrete floor. Five simply expressed timber frames march down the plan holding aloft a mono-pitched roof lined on its underside with plywood. The glazed ends of the structure makes the house transparent while on the long sides, careful modulation of openings provides protection while delivering views. This is a masterful composition in each dimension. The cross-section is lyrical with the walls and roof attached to the outside of the slender rames allowing them the freedom to simply stand. On the main exterior wall a long window extends along three of the plan’s bays framing a view of the river valley below and hills beyond. In lesser hands this might have been uninterrupted floor to ceiling glass with structural trickery passing the roof load to the side. Yet here Gardyne has allowed his grid to override any such desires. The window passes right past the structural timber frames; with all the bifold windows pulled back a triptych of the view is formed. This mediates the view, while valuing the structure and simultaneously referencing modernist New Zealand painting. That it does so without effort and so simply and so directly is evidence of Gardyne’s graceful hand.

It is not only houses where Stuart Gardyne has established himself. He has produced many notable buildings and interiors in and around Wellington. One of his most significant recent works is Spark Central in Willis Street. A complicated brief for a medium high-rise building with a reasonably narrow frontage to the street that had to extend back a long way to make a through site link to Boulcott Street behind. The site is directly opposite Chew’s Lane recently transformed by Athfield Architects with the development of buildings on both sides. This transformation re-energised Chew’s Lane but it still felt like it stopped dead when it hit Willis Street. Remarkably Gardyne’s Spark Central completes the picture and does so from the opposite side of the street with a confident legibility. With large plate windows cascading down to the street it provides the exclamation mark to Chew’s lane, inviting people across Willis Street. Wisely the City Council have provided a pedestrian crossing at precisely this point to facilitate this movement. The completion of this cross-access through such a subtle and simple gesture has shifted the centre of gravity of the city. Until now, the pathway through town pivoted on Stewart Dawson’s corner and pedestrians had to run the gauntlet of buses until they reached the relative sanctuary of Manners Street. This section of Willis Street was geographically the centre of town but was an urban dead spot. Now, this new cross-access has injected life into Willis Street and completed a pathway from Boulcott Street to the sea. Of course any building would have created a pathway but it took this building, this design, to complete the connection in a way that will endure.

Perhaps it is this quality of endurance that is Stuart Gardyne’s greatest architectural contribution and potentially his legacy. Potentially, because there is still more to come. In some respects he is still mid-career – a career that has seen him carve out a place that is uniquely his in a growing world of copyists. If he were looking for self-belief he need look nor further than the rear-view mirror where lies a confident and generous body of work. 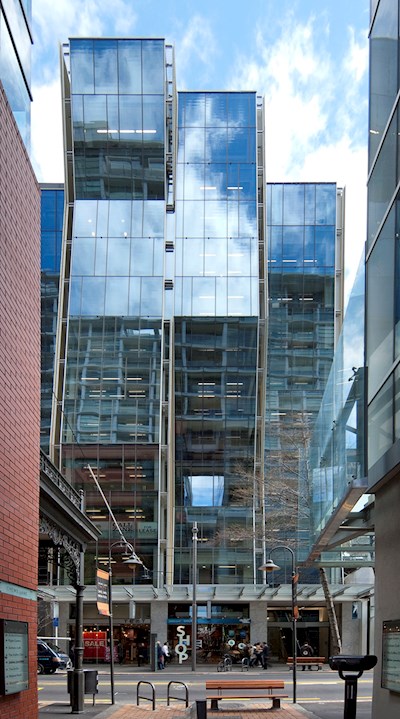 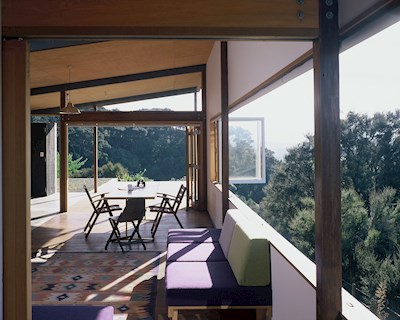 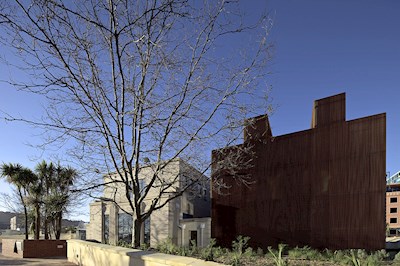