The original brief was for a bathroom alteration in an old 1900’s Victorian villa. The project quickly grew and soon we were working on a design that involved the demolition of the lean-to and adding a large addition, deck and swimming pool. Sites in the area are generally around 15 metres wide with a villa built across most of this width. Internally this provides space for a traditional corridor down the middle and bedrooms either side, the standard villa layout. As with a lot of projects of this nature the removal of the lean-to allows for a new open planned addition on the rear. It is often done this way because it is a planning strategy that works. In this case we had the added advantage of a large rear yard that was north facing and with established landscaping. The new addition takes advantage of the house and its location on the site, it allows the charm of the original house to remain in conversation with the street, while allowing freedom for the architectural language of the new addition. The addition steps down from the older part of the house, allowing for a large volume and a strong connection to the lawn and pool beyond. 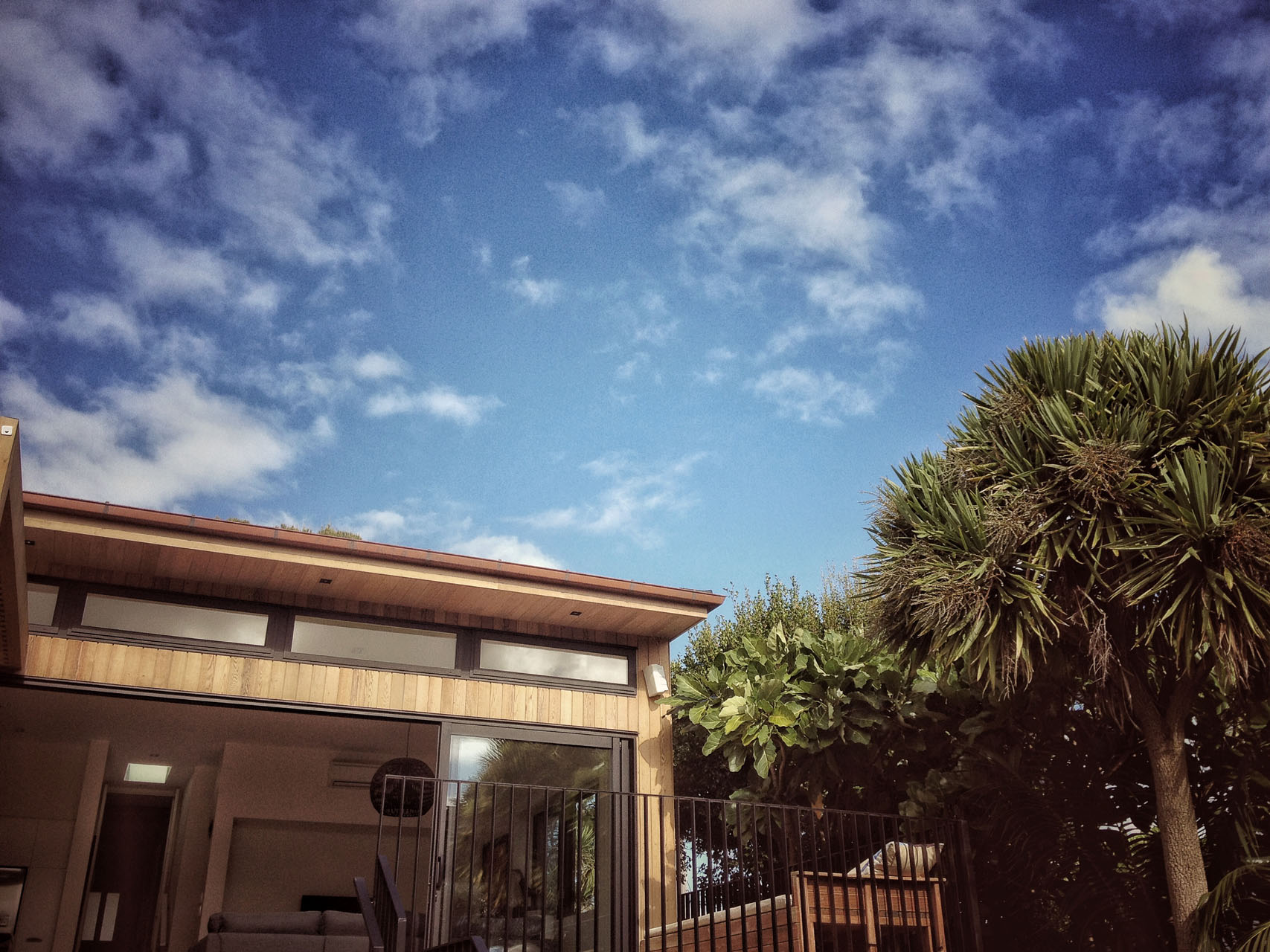 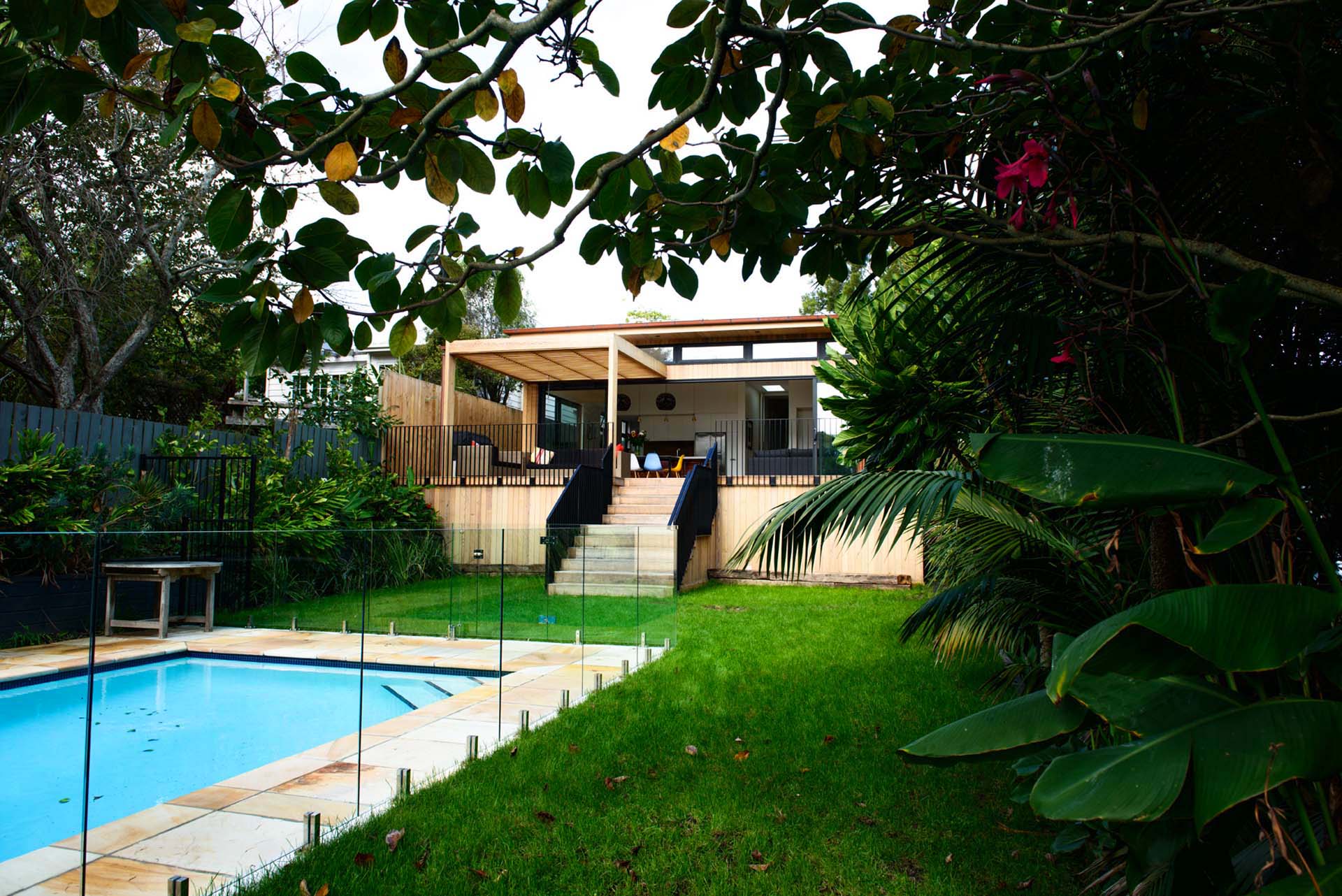 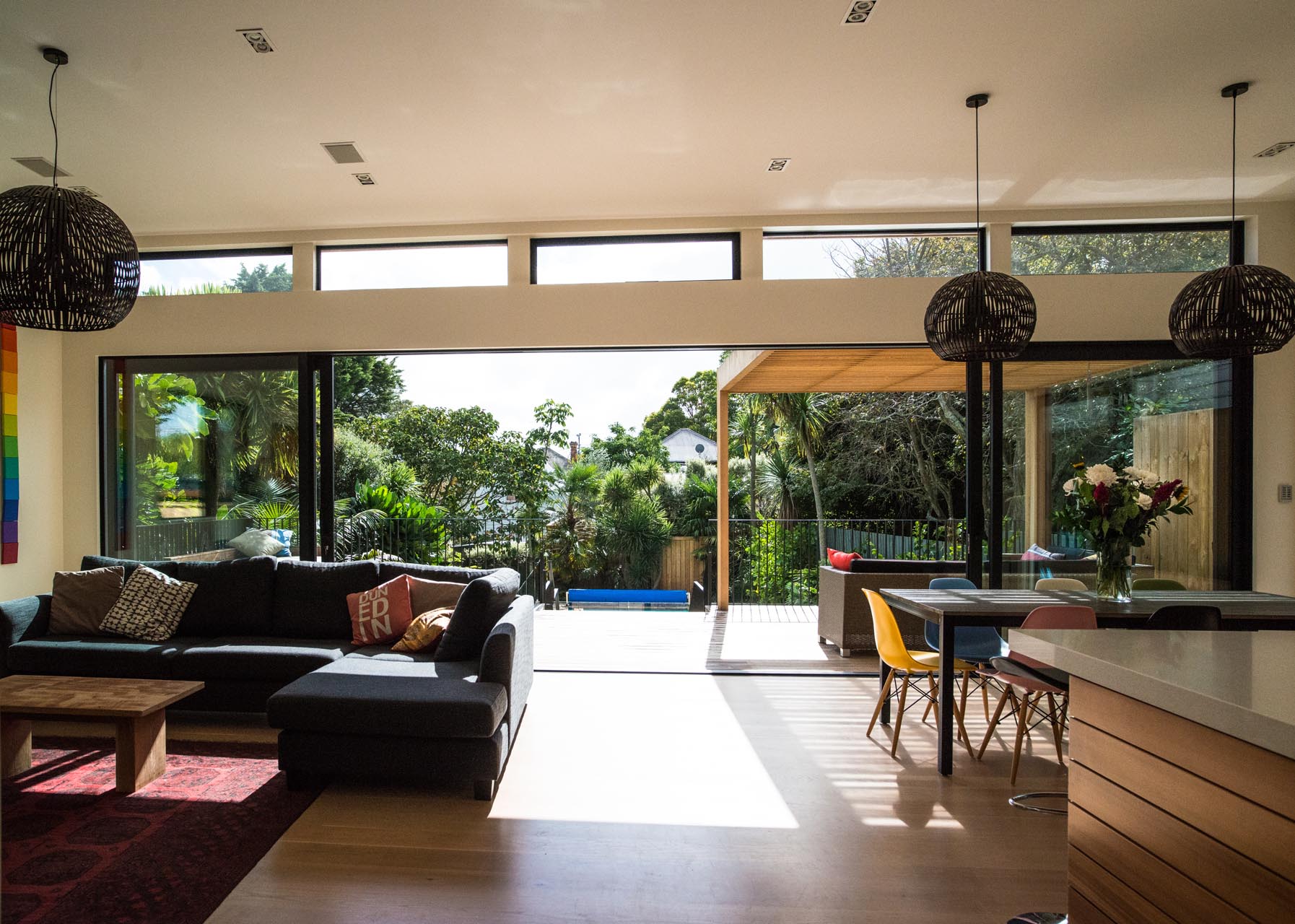 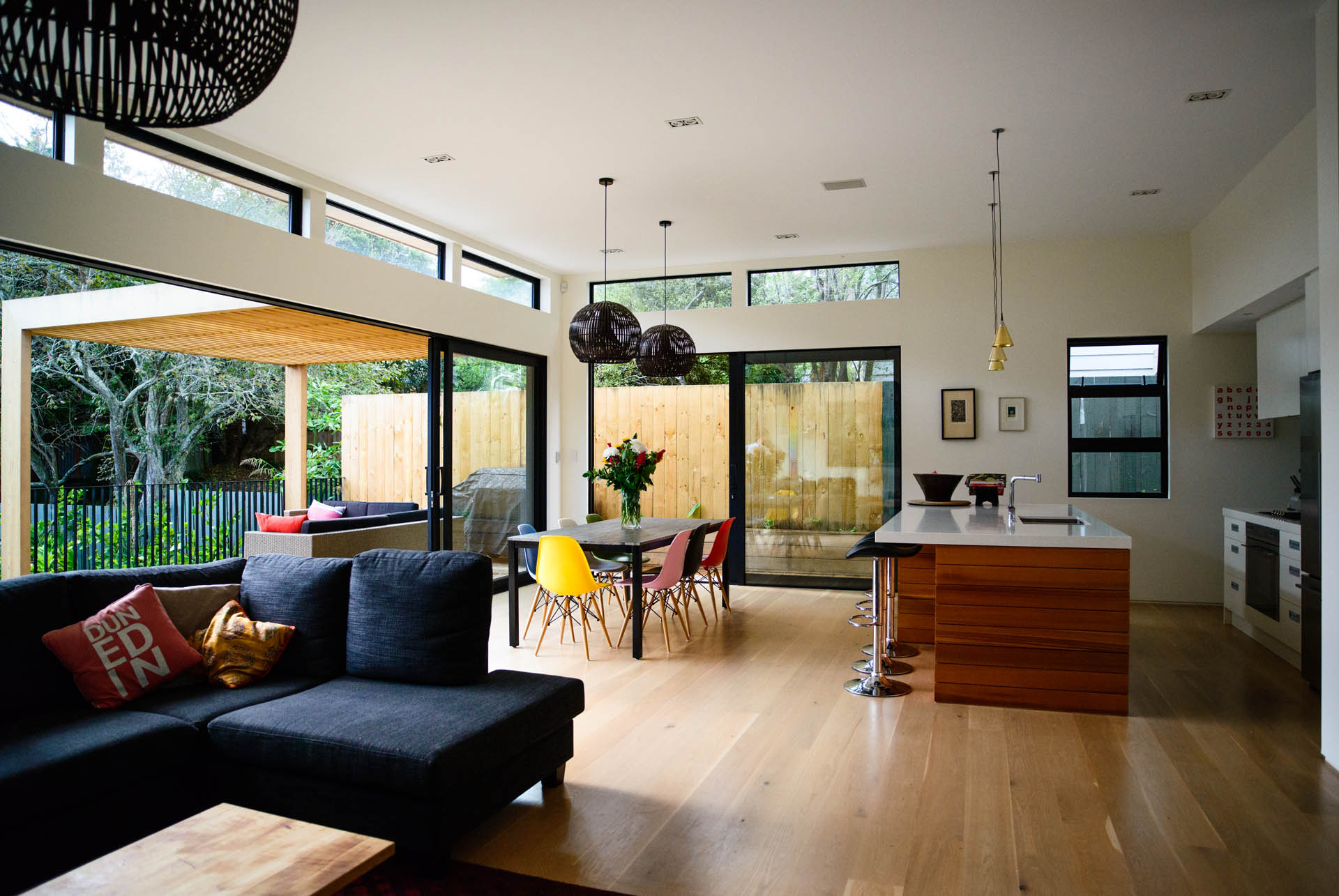 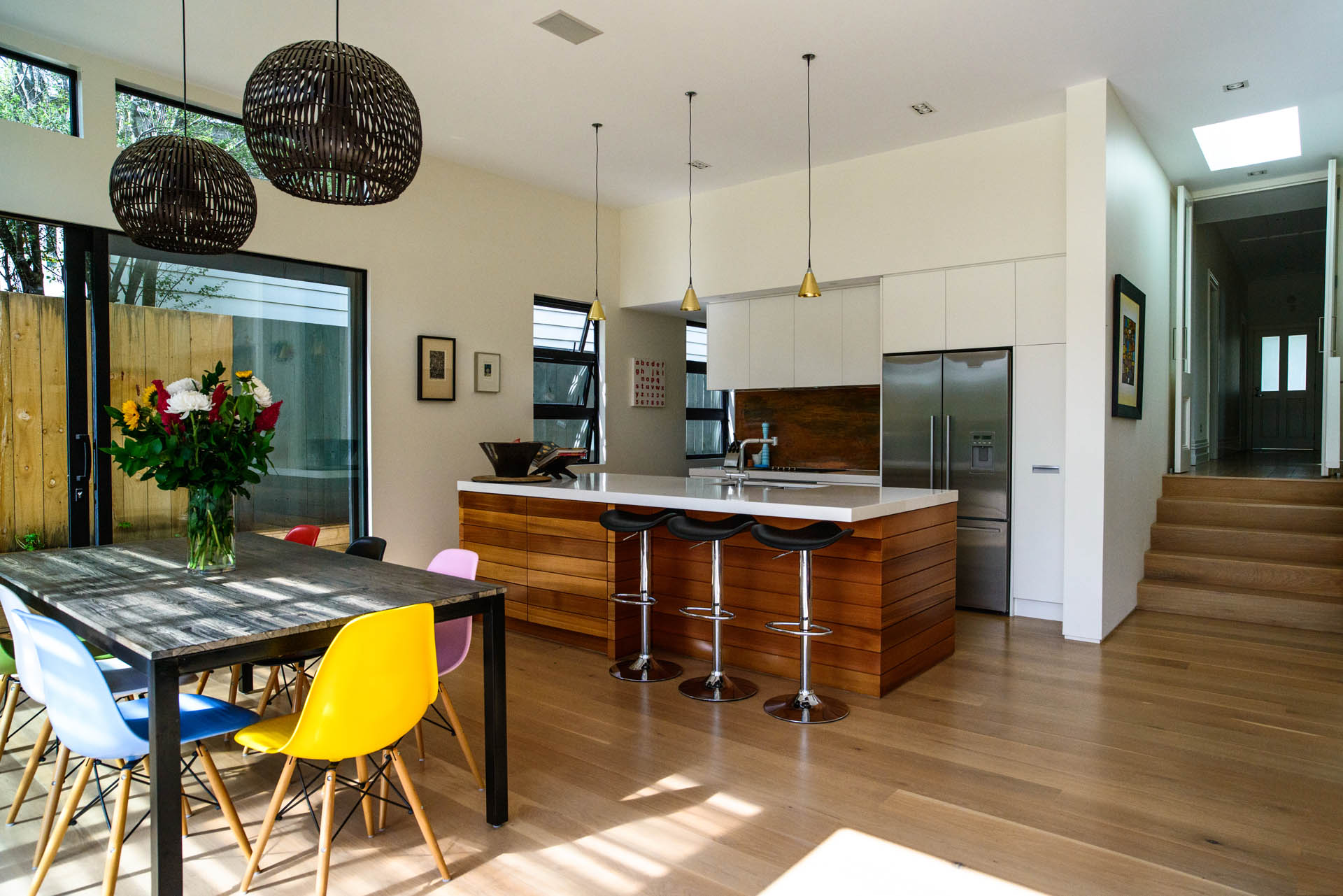 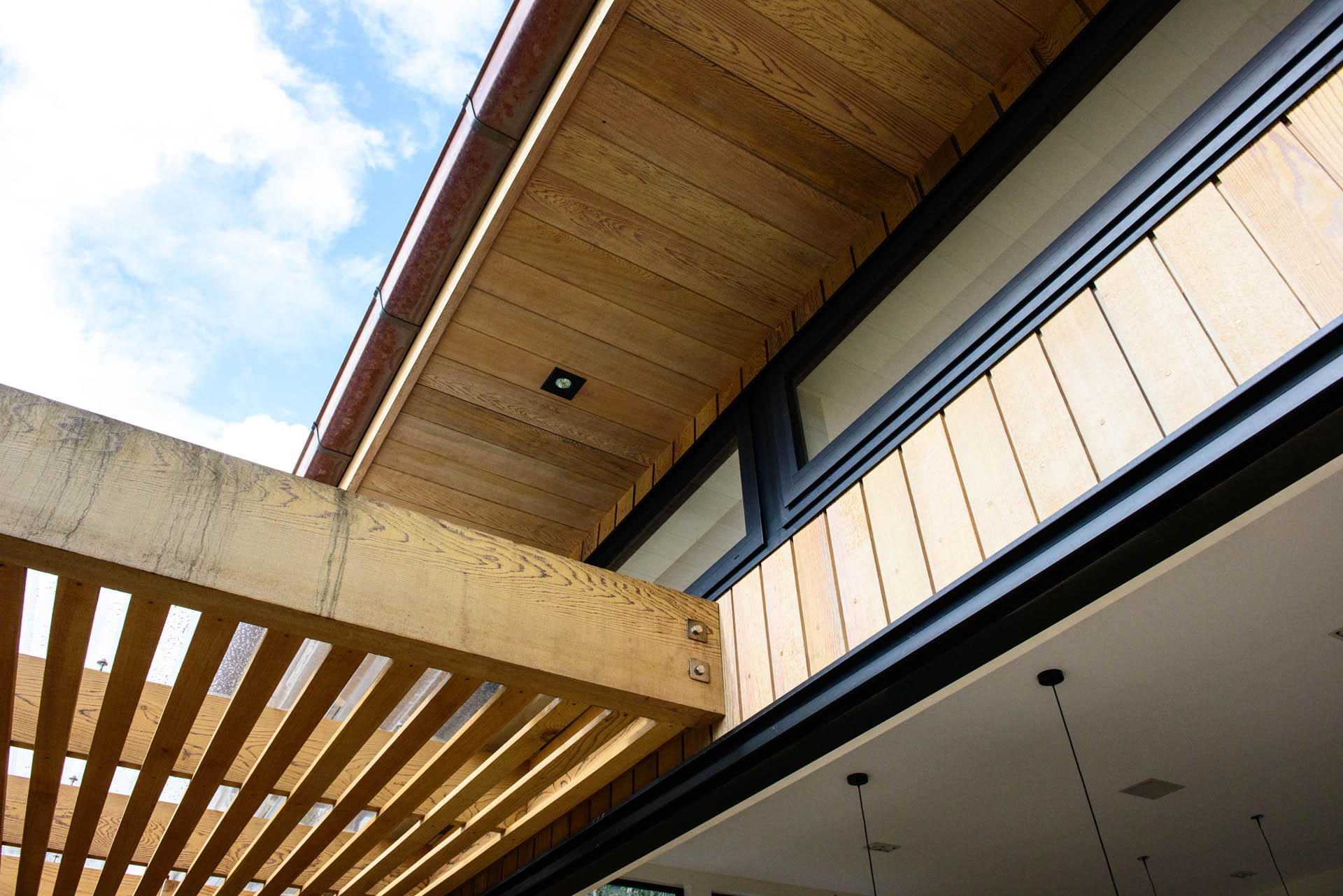 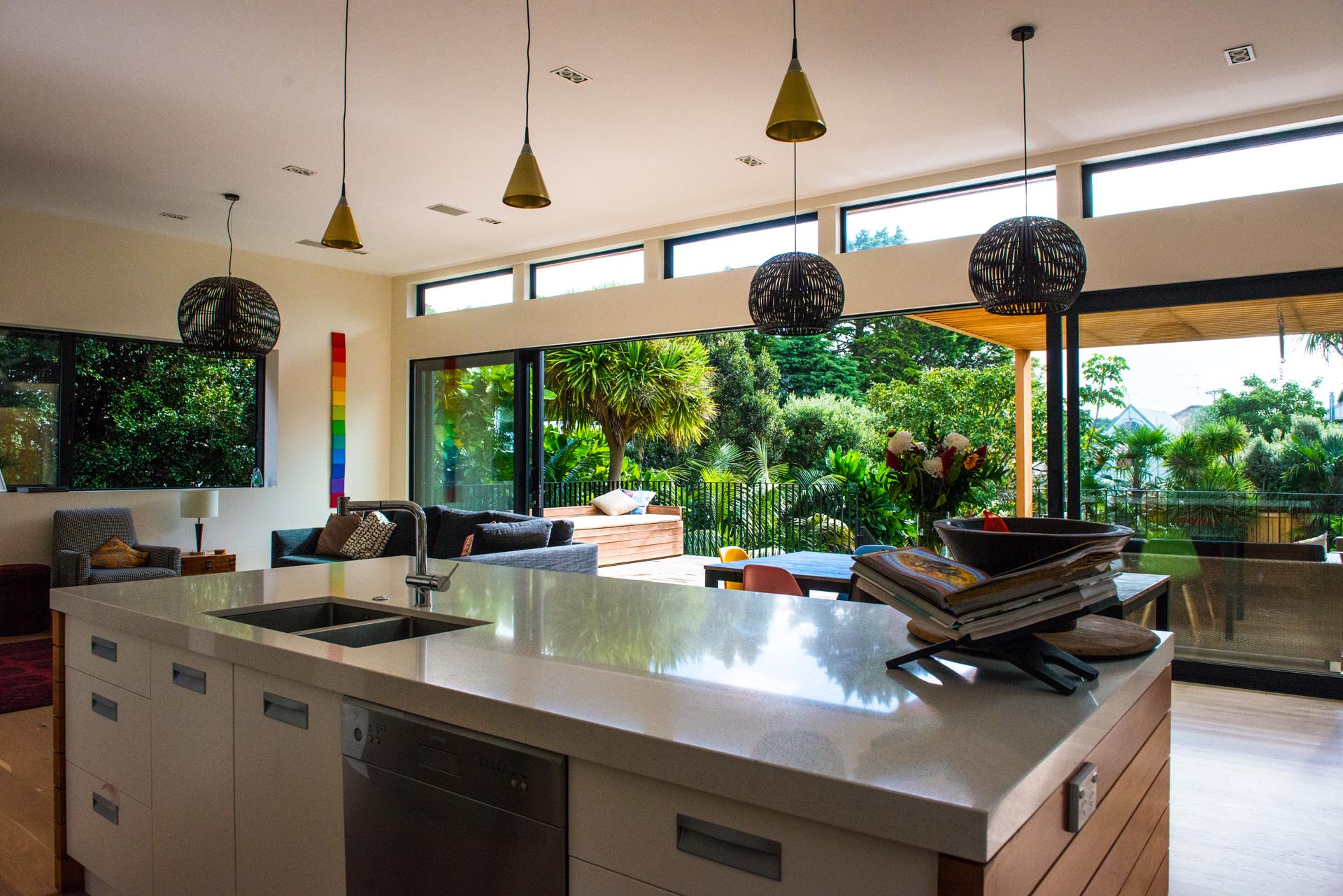