In a previous life The Botanist used to be a car park. The concrete floor, ceiling and walls still remain, including car park markings and large concrete columns and beams. Our client decided to place a cafe and florist into this tough environment. The new forms inserted into the space were clad with American oak timber, providing a richness and warmth which contrast against the abundance of concrete surfaces. Concealed LED lights were used to enhance the timber and highlight the contrast. We embraced the nature of the space – concrete grinders worked around the markings on the floor, graffiti and old paint was retained, exposed pipes were painted to express them and add colour, new beer taps were made out of steel pipe and the old concrete ceiling and walls were cleared sealed, retaining their character. Now up and running, lovely flowers and delicious food sit alongside the concrete and timber providing even more contrast and colour. 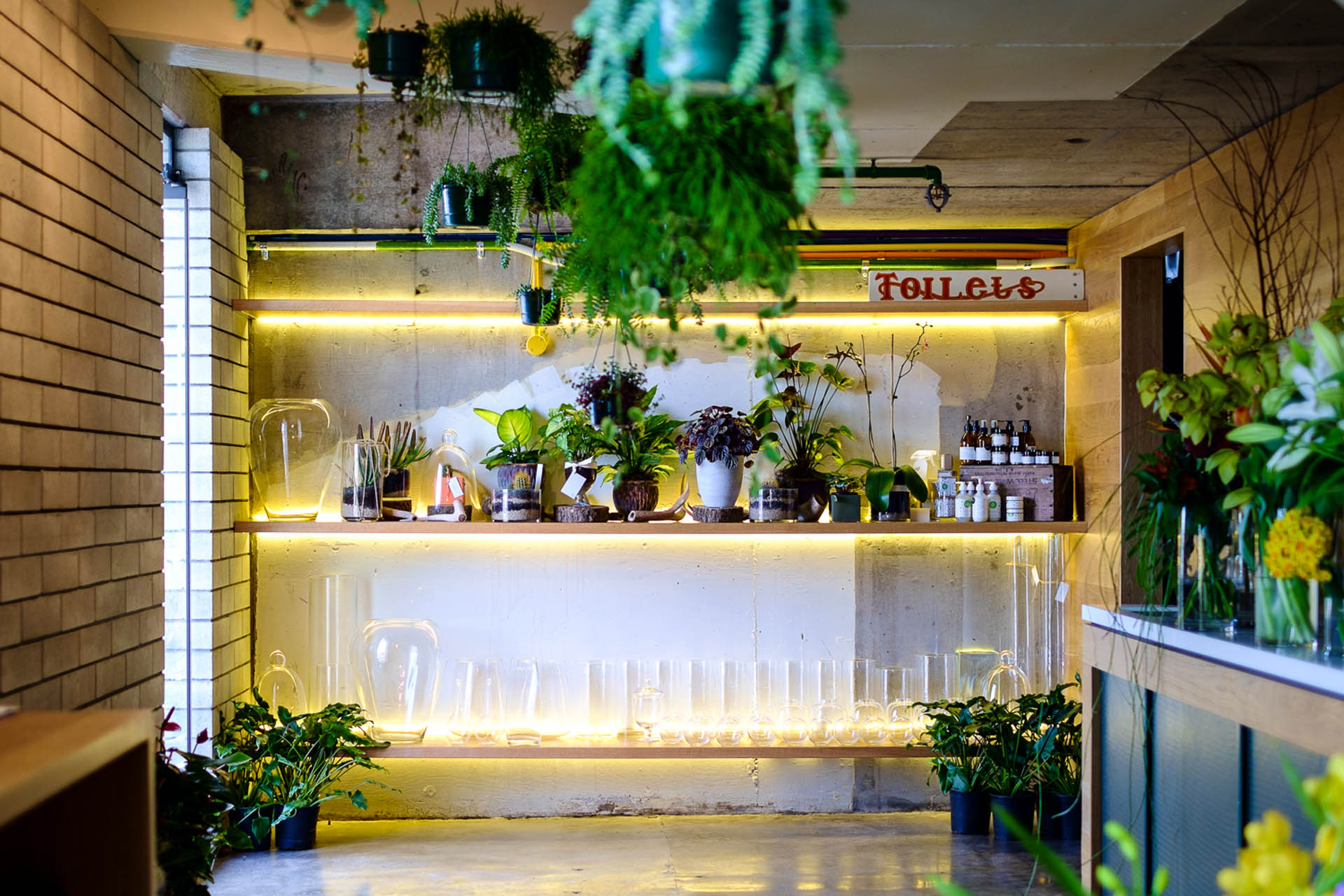 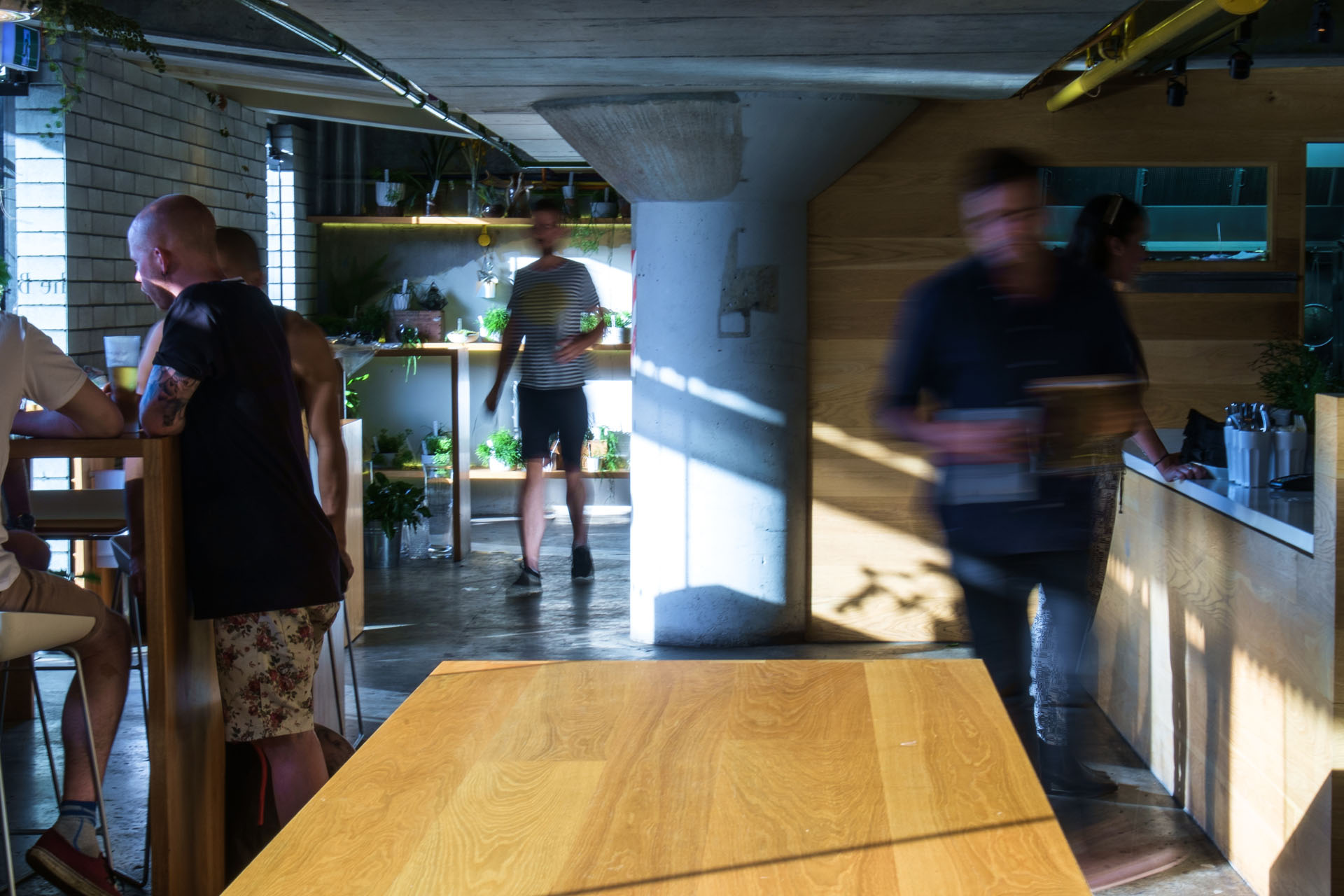 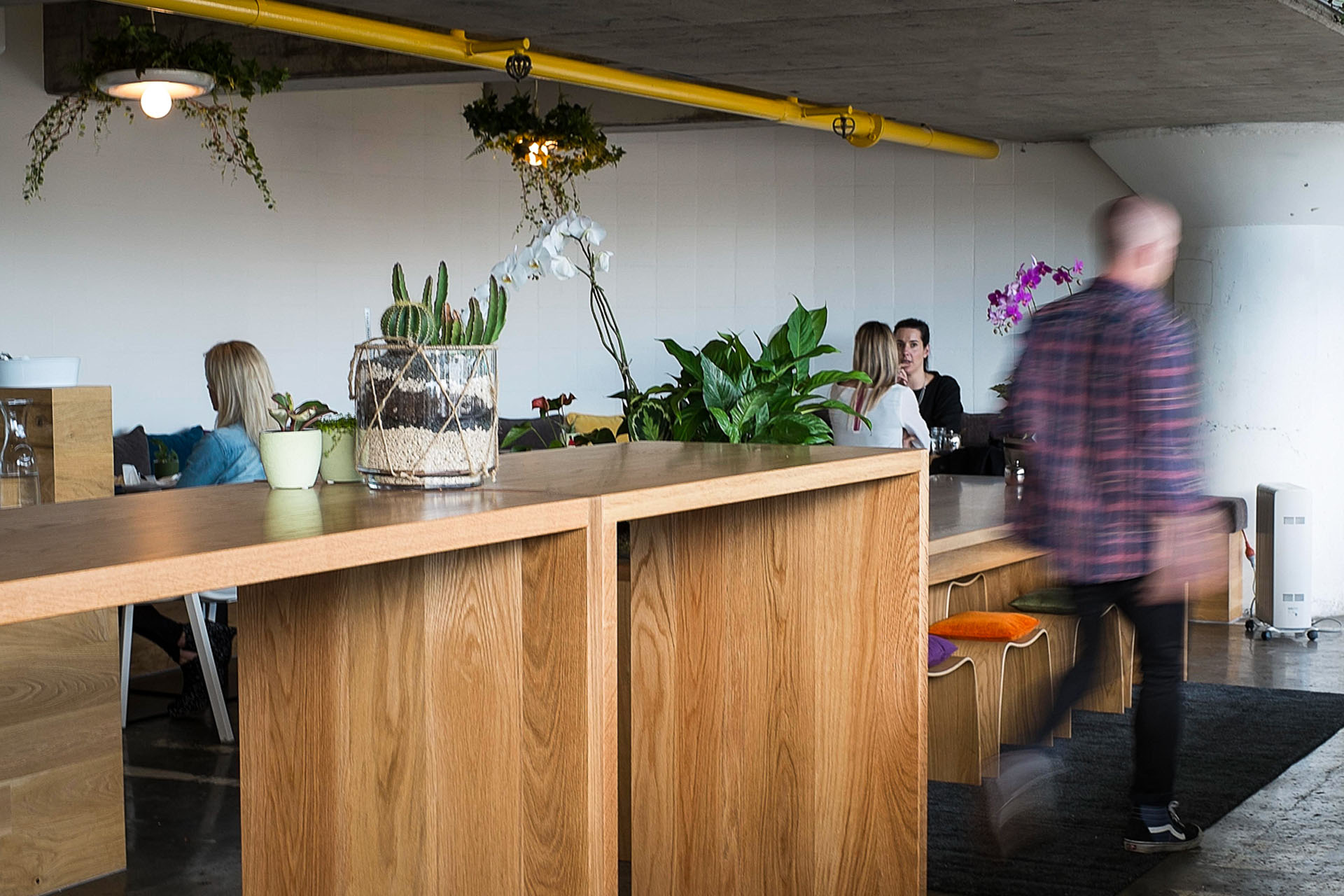 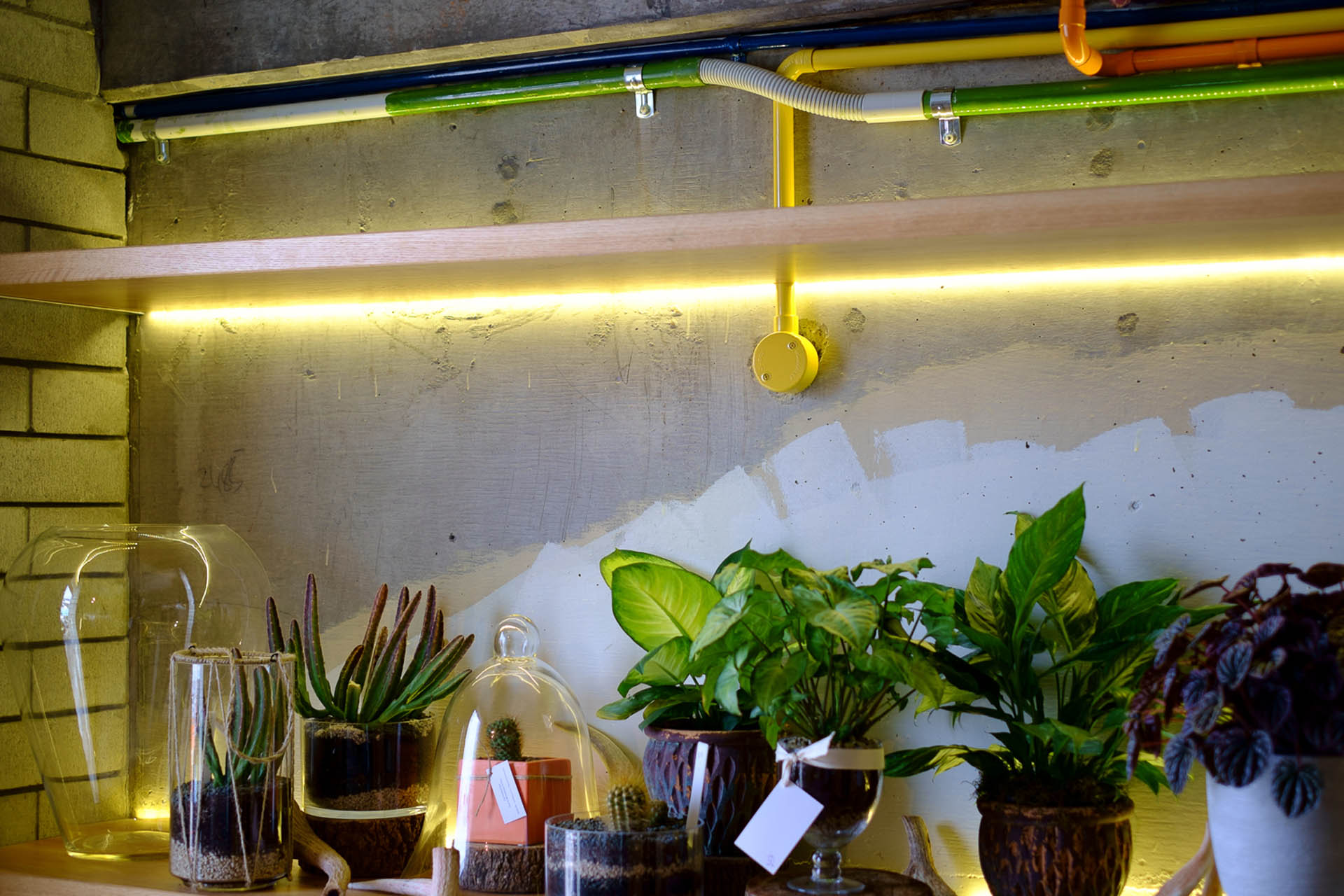 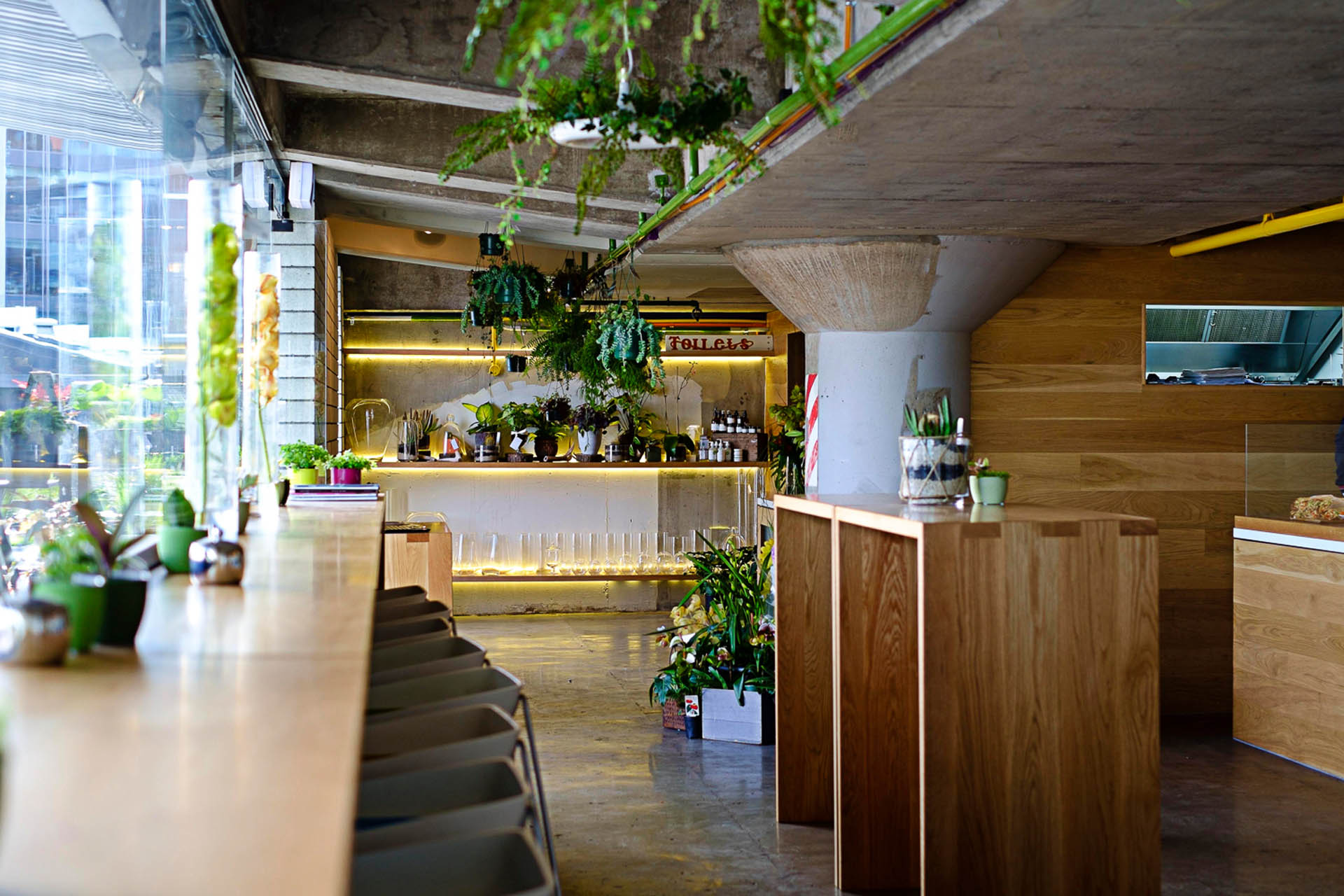 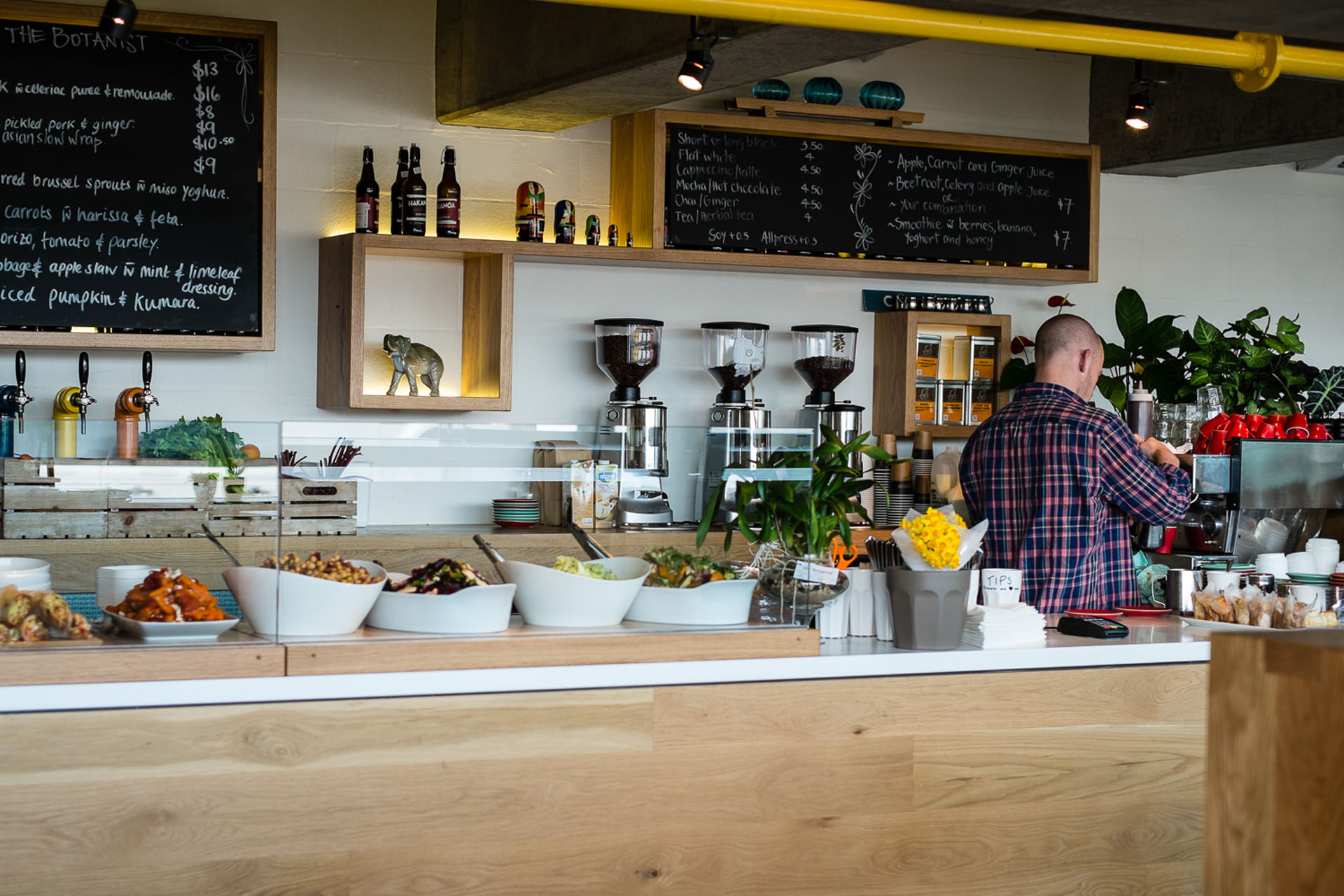 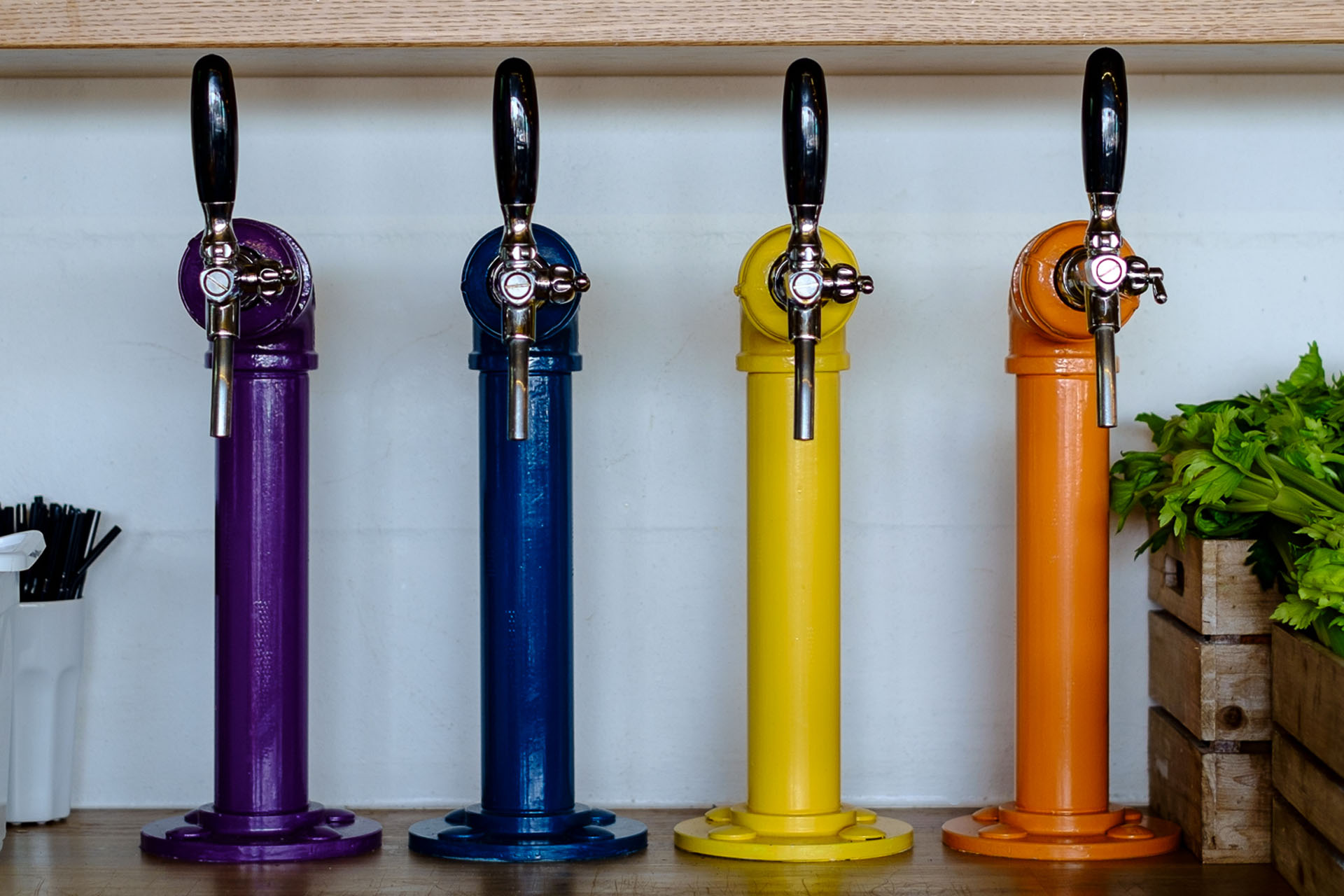 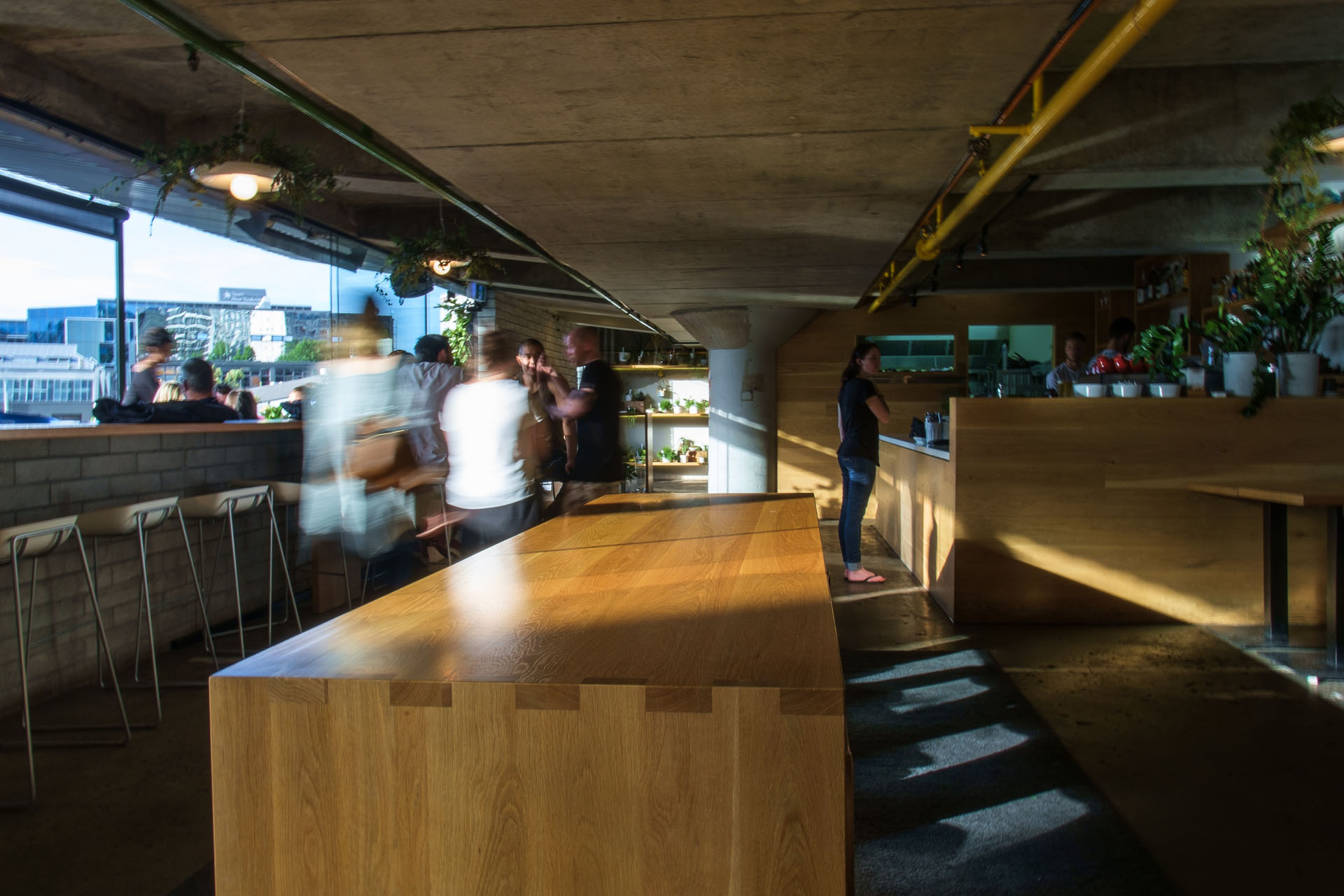 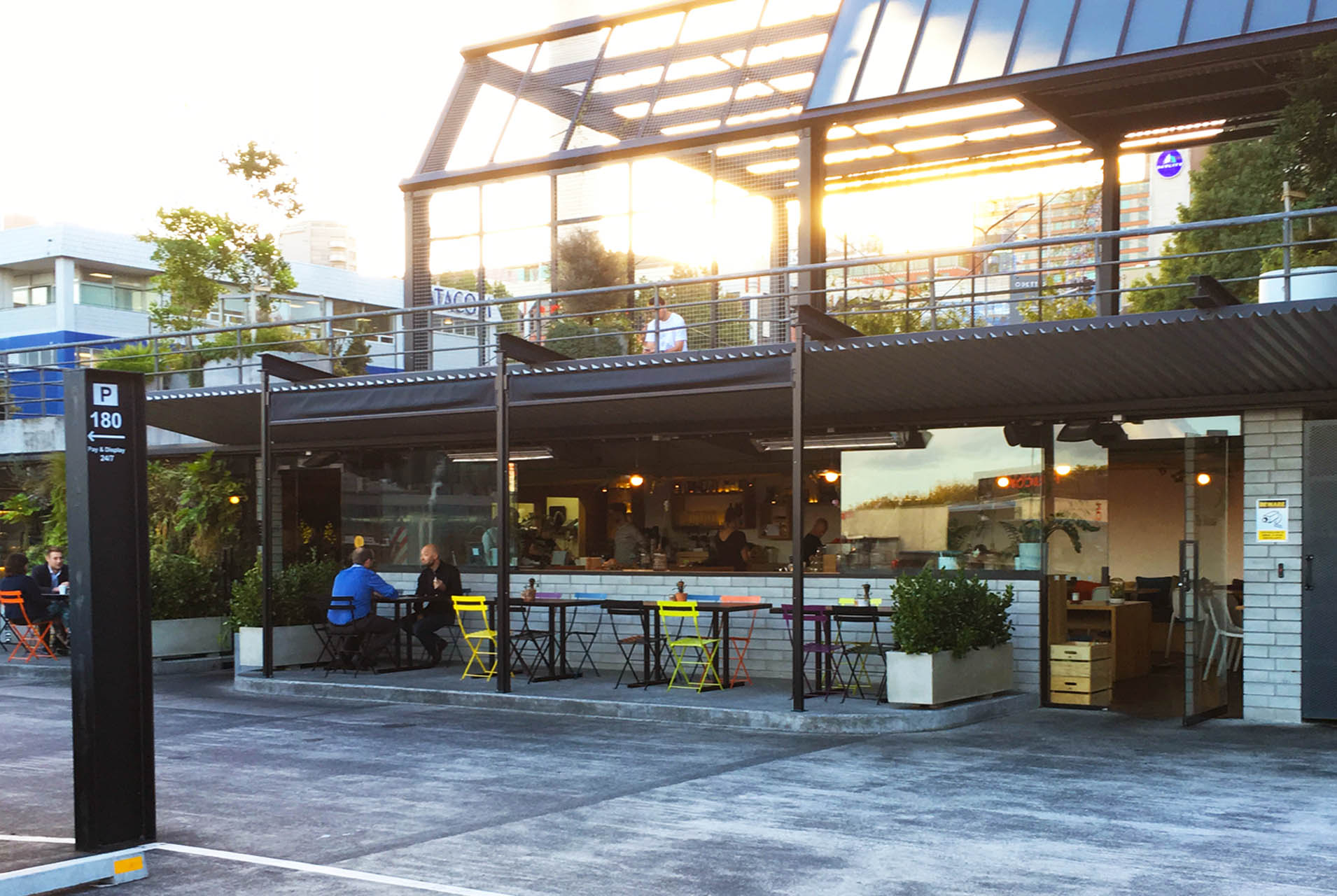